Is it time to cut out the jargon from pensions? 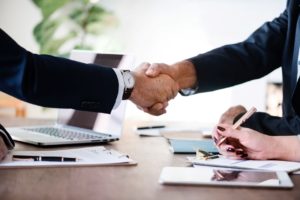 People simply aren’t saving enough into their pension funds. Despite the relative success of the auto-enrolment rollout and the increase of minimum contributions from 5% to 8%, there’s still a culture of misunderstanding surrounding pensions. With a reported 51% of the public believing that the minimum contributions are in line with the recommended rate of saving, this is unfortunately not the case. With experts generally recommending a figure closer to 13%, something needs to change for people to have a real understanding of their pensions.

IFA firm Portafina conducted research in February 2019 on a sample of over 2,000 people between the ages of 18 and 70, designed to find out how much we know and, more commonly, don’t know about the world of pensions. The figures paint a pretty clear picture that something needs to be done. With less than 1 in 5 (19%) knowing exactly what a pension is, 72% not knowing when they would be able to withdraw money from a private pension and 31% having no idea when their pension would be taxed (and a further 40% thinking they knew, but being wrong) clearly there is an issue to be addressed.

So why is it that we don’t understand? It might be because of all the technical jargon. In fact, 85% of those surveyed in the Portafina report said that if they received clearer information about their pension in plain language and direct, coherent graphics, they would be able to make more informed decisions. When confronted with 7 common examples of pension related terms, only 37% knew what some of them meant, with a quarter not understanding any of them at all. Perhaps this is just a symptom of a larger problem regarding the lack of financial education available.